I am thankful for this fast. Today, it revealed some things in me that I had to release; I decided to let go of those things that burden & or weigh me down. My Prayer:  God, clear my thoughts, my mind & my heart of all worry, fear & doubts. 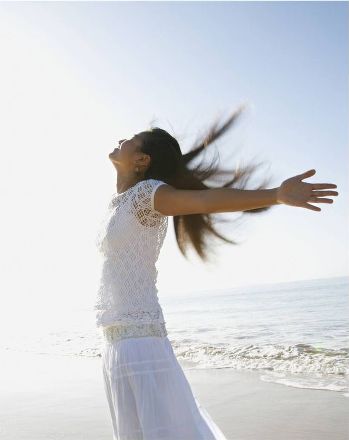 And at the end of ten days their features appeared better and fatter in flesh than all the young men who ate the portion of the king’s delicacies. Thus the steward took away their portion of delicacies and the wine that they were to drink, and gave them vegetables. As for these four young men, God gave them knowledge and skill in all literature and wisdom; and Daniel had understanding in all visions and dreams. — Daniel 1:15-17

Wife, mother of three daughters and co-pastor of the Center of Hope Community Church in Oakland California serves alongside her husband, Pastor Brondon Reems. She also follows in the footsteps of her mother, Bishop Ernestine Reems. Learn more…